How my mind works 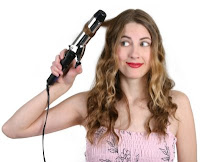 This morning as I was curling my hair, I thought of my friend who is currently on her honeymoon- a 10 day Mediterranean cruise. Sickening, I know.

Then I thought of long honeymoons, which made me think of lua de mel, the Portuguese for honeymoon.

That reminded me of Latin, which made me think of the origins of honeymoons. Once I think I heard that the longest a honeymoon could be in ancient times was like 9 months. Then I thought that made sense if you were allowing a soldier time to conceive a child.

How interesting. A mis-conception. Something ill-bourne, then growing. Interesting! So when I have a misconception, I have a serious problem that needs to be addressed before it grows.

Email ThisBlogThis!Share to TwitterShare to FacebookShare to Pinterest
Labels: brain

I do this all the time! I was telling someone a story, and it took me 10 minutes to tell the story, because first I had to tell them what brought on the story.