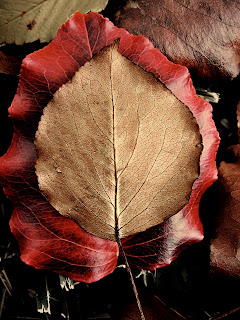 I just got home from my good friend Blake's 30th birthday party. It was fantastic. Several of our old college friends got together and had a great time and especially great conversation.

It got me to thinking that we really are growing up, my friends and I. We don't always get to choose when we grow up in life. Some people are forced to grow up very young, others are in circumstances that they don't have to worry about things if they choose not to. But by the time you get to your mid to late twenties, the decision to not grow up (or mature) is a choice you've made.

I'm so thankful to have good friends that expand my horizons, challenge me to think deeply, and care about me. Life gets more complicated as time goes on, but I'm thankful to have these friends to grow old with.
Posted by ann at 10:41:00 PM No comments: I'm thankful for colors and light and changing of seasons.

I'm thankful for health and technology and medical advancements.

I'm thankful for work I enjoy more every day and coworkers who make the days that much sweeter.

I'm thankful to be in this place, in this time, with these opportunities.

Email ThisBlogThis!Share to TwitterShare to FacebookShare to Pinterest
Labels: thanksgiving 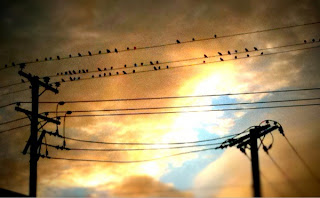 In case we don't talk often or you don't use twitter, long story short- I have a stress fracture in my leg. This was determined through a bone scan I had done last week. I should note that during the bone scan, there was a complication with the injection and my vein swelled and leaked a lot of blood. The pictures are a bit graphic, but you can see some on my Twitpic stream over the past week. I'm fine now; it was the equivalent of a bad bruise.

Today as I was in the doctor's office, he mentioned that he wanted to do more blood work, but quickly brushed it off and said, "don't worry about doing it today, you can wait a few weeks." But I insisted that I'd rather get it done today and get the results back sooner. He explained that he didn't want to pressure me into doing it so soon given my bad experience last week at the bone scan. I told him I wasn't concerned.

He asked why it was that I had such a good attitude about all of this. I suppose I should have credited faith or God or Jesus or something, but the first thing that came to mind is what I said: "I work in marketing. It's my job to see the good in things." And that's true.

But perhaps moreover, it's because- especially where health is concerned- I believe in principles of survival. I've always leaned towards the fatalistic, but in some ways that's made me optimistic. Let me explain. Bad stuff happens. Bad stuff happens in spite of justice, in most cases. You don't deserve it, but you equally don't deserve to avoid it. Sometimes by accepting that, you are mentally prepared to tackle the situation at hand. It's how we survive. More importantly- it's how we progress and become stronger as individuals and as a society.