As a teenager, I never was really typical. Yes, I had more than my share of immature moments and impulses, but for the most part I kept my head on my shoulders pretty well. So when it came time for young adulthood, I mentally psshaw-ed the fact that I would succumb to the temptations that come with early professional life.

I feel very blessed to have a job I enjoy and that I do well. I never really expected for either of those things to happen. But still I find myself at a crossroads of deciding where this road is going to lead. Not my career path, necessarily, but what kind of a person am I becoming as I develop professionally.

Sometimes I think, "I should really invest this time that I'm single and childless into doing the long hours and heavy legwork into laying the foundation for my career." Well, that may be true, but at the same time I don't want to look back at this time and life and realize that my primary focus and accomplishment was professional. I want to look back and say, "Thank God that I was sowing seeds of righteousness to grow in my relationship with God!"

Now I'm not saying that pursuing a successful career and a relationship with God are mutually exclusive. They aren't! I believe and pray that my career successes (and sometimes failures) grow out of my faith. I believe firmly that any skills I have are not my own, but something God has entrusted me with at this time to glorify His name.

I think one of the ways I can glorify His name by being good at my job is by not doing business the way the world does. Already (and in increasing measure) I am finding myself doing battle with the beasts of pride and jealousy. In hindsight, it was so naïve to think that I would be above these, but I almost daily catch myself responding with anger to some way I feel someone is slighting me or disrespecting me. It's such an ugly thing, and I want to emphasize it is a constant battleground.

I've also faced the fact that sometimes, if you choose to die to yourself and live the way of Christ, you will lose by earthly measurements to those who act only in their own interest.

But I have great peace with the fact that regardless of what happens, and no matter how difficult it may be at times, if I sow the seeds of righteousness now in my professional life, there will be a spiritual harvest to reap. But really, tilling up the ground is the hardest part. And this is only a process I am now beginning. Many more rows to hoe!

Don’t be misled- you cannot mock the justice of God. You will always harvest what you plant. Those who live only to satisfy their own sinful nature will harvest decay and death from that sinful nature. But those who live to please the Spirit will harvest everlasting life from the Spirit. So let’s not get tired of doing what is good. At just the right time we will reap a harvest of blessing if we don’t give up.
-Galatians 6:7-9

This weekend I skipped out of urban life and went to the Wichita Mountains National Wildlife Refuge just outside of Lawton, Oklahoma.

I went hiking, although that was not nearly as serene or peaceful as I might have imagined seeing as how it was 100+ degrees and I forgot sunscreen. :) But I still had a great time! It was so enchanting to see purebred longhorn and buffalo up close! And I saw some of them quite up close.

I had a slight mental breakdown at about 2pm when I was sooooo hot and tired and realized I was getting sunburned, but by about 5:30pm I was back in the game and made one last victorious feeling hike up to the tower by Lake Jed Johnson for a beautiful view in golden light.

If you go, I recommend you check out the lakes (Quanah Parker was my favorite), Mt. Scott, and the Parallel Forest.

Below are a few of the keeper pictures I took. You can also click here to see them.

And then I prayed some more

At the same time of transition and prayer, several other key things were happening as well.

As I mentioned previously, my church was going through a very tumultuous time. Our singles ministry took the summer of 2007 and visited each elder and wife in their home and prayed over them. It was awesome in a very holy sense of the word. The Spirit was so moving and the presence tangible. It was one of the first times I felt the power of prayer.

Because of the experience of prayer in this setting, I wanted to learn more about prayer. I started scouring the scriptures. And in case you were wondering, the Bible says a lot about prayer. :)

My prayer life to this point had never been strong. I would classify it somewhere around average, and I believe it was very weak. But to read how all of God's children- especially those who were pursuing the Lord's heart- lived and breathed prayer made me realize that I was missing something great.

Our class at church was studying Acts with the specific perspective of considering it not "The Acts of the Apostles" as it is commonly known, but instead "The Acts of the Holy Spirit". I felt like Paul after his conversion in Acts, when the scales fall from his eyes and he can see again after being blinded. It was like a new Bible with fresh stories. I can't explain this other than through the Spirit, because I had been a diligent student of the Bible all of my life. For goodness sakes, I had a degree in it! ;) (As I re-read this paragraph, I realize just how much I did have in common with Paul [sans persecuting the church])

One story that I remember being especially striking to me at this time was in Acts 12. James had just been killed, Peter is imprisoned and the church is in a time of persecution. The church had gathered at Mary's house to pray, and the Lord intervenes, Peter is freed by an angel, and he shows up at the prayer meeting. But the church is shocked when he shows up.

The church prayed, and it changed things. Not in a psychotherapy, self-help, placebo effect way, but in a real way. And this happens over and over and over in the Bible.

So I kept reading the Bible with these fresh eyes, and the Lord continued to turn my little world upside down.

The past two years of my spiritual life have been beautiful and difficult and wild. For whatever reason, I finally feel called to kind of journal through or talk about some of those things that have happened here.

2007 was a very transitional year. In January I had decided not to move back to Brazil, then moved back to Oklahoma City. Much of that year was spent looking for and changing jobs and trying to figure out what my career path would be. I started attending my church at a very tumultuous time in their history. I joined a :::gasp::: singles ministry. It was a difficult time in the amount and intensity of change, but it was also a very blessed time.

I remember in July of 2007 I was unemployed, and it was terrible. I was so depressed. But every morning I would walk around my neighborhood and pray. And in particular I would pray the Lord's prayer and meditate and elaborate on each phrase as I felt compelled. And I remember so often being stuck on the phrase "your kingdom come."

So often I would repeat that phrase- Your kingdom come, your kingdom come. And I'd ask the Lord to open my heart to what it meant. Since I've always had a heart for oppressed people, I thought perhaps it was about that- bringing the justice of the Lord to the earth. But little did I know what I was praying for and the answers I'd soon receive.

Freely you have received

It's been a year since I got back from Honduras, so you know what that means... 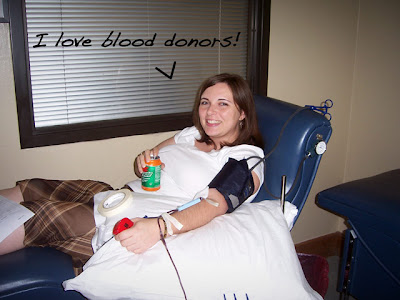 Not the most flattering picture, but woo hoo! 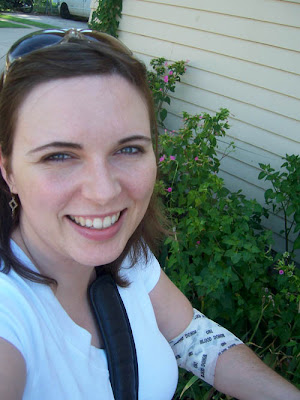 So happy to be able to donate again!

As you go, preach this message: "The kingdom of heaven is near." Heal the sick, raise the dead, cleanse those who have leprosy, drive out demons. Freely you have received, freely give. -Matthew 10:7-8
Posted by ann at 9:06:00 PM No comments:

Now that looks like a couple who is going to have some beautiful children. :) 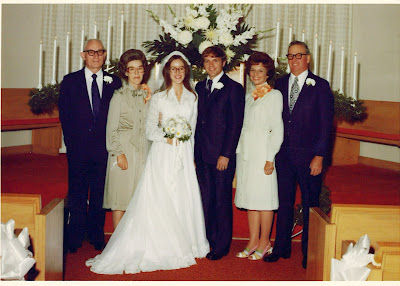 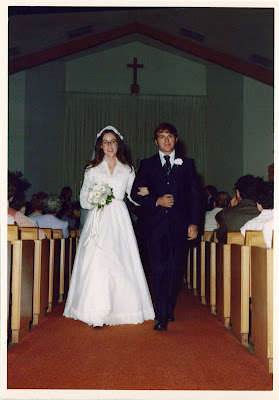