I WENT SKYDIVING! It was at this great place in Cushing, Oklahoma called Oklahoma Skydiving Center. I highly recommend this place. Everyone was great there.

Most people ask why I jumped out of a plane. Several reasons. One being that I always thought it'd be cool. Second, I was hankering for an adrenaline rush. Third, I unexpectedly came into an amount of money almost exactly equal to the price. Fourth, three good friends of mine were going and I knew that would likely never happen again in life. 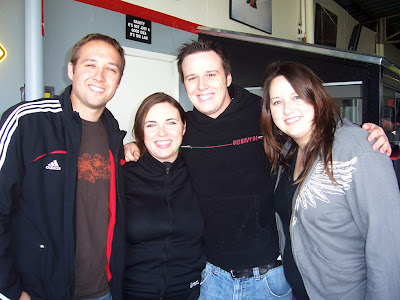 Let me say first that I had a blast and I have no regrets! That said, it was almost nothing like I anticipated.

Three other friends with with me- Holly, Harrison and Denver. We arrived about 10am at the hangar and filled out all kinds of paperwork. We waited around and watched other people jump. Several other friends joined us as cheerleaders.

Then came our training time. Training consisted of 5 minutes of Billy (who ended up being my tandem partner) reassuring us that there was virtually no way for us to screw this up. We just had to refrain from grabbing or hitting our instructors or the plane. 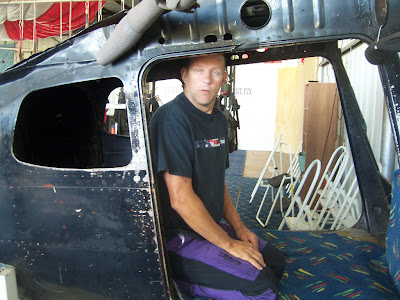 Then it was time for me and Harrison to go! Only 2 of us could go per plane, so we were first. The plane ride up was actually pretty nice. It was about 20 minutes of slow spirals to get up to 10000 feet. The view was incredible. It was a clear, sunny day. 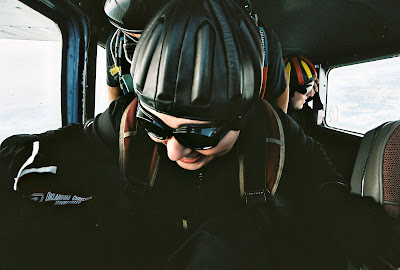 Then suddenly it was my turn! My instructor and I harnessed together, then they opened the door. Nothing is quite as alarming as having a plane door open at 10,000 feet next to you. :) You can see my reaction in the video. 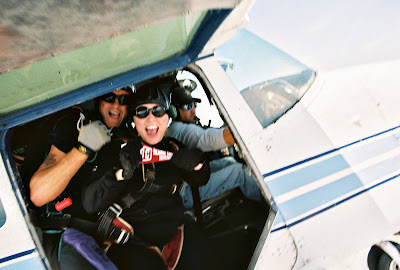 The next step is to put your right foot on a step (like a running board on a car) outside of the plane. That's when the pressure of the wind first hit me. Wow it's overwhelming! I didn't even feel like I could keep my foot on that step. But the next step is the big one, and you just roll out of the plane. Harrison said he kind of freaked out when he saw me jump. I'm glad I went first. :) 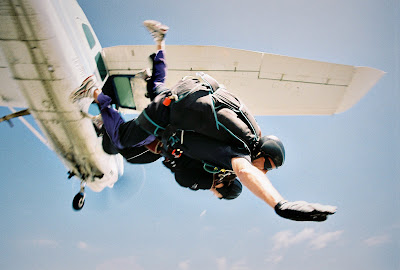 After that I am kind of fuzzy on what happened. I remember keenly the pressure of the air on my face. I remember trying to scream, but nothing would come out because of the pressure. I remember my instructor telling me to wave at the camera. 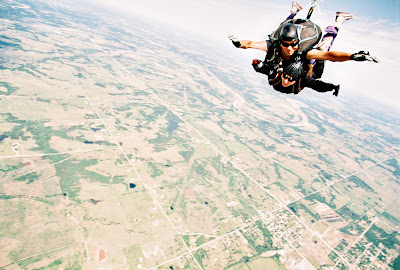 Some people have asked if it's like flying. Lemmie answer- no. No it's not. :) It's like FALLING at 120 mph. But the real kicker was when the parachute deployed. Although you're in a full body harness, all the pressure is in your hip harness. The parachute deploying felt like being in a major car wreck. I screamed it hurt my hips so much! As soon as that happened, I could feel my circulation starting to cut off in my arms. 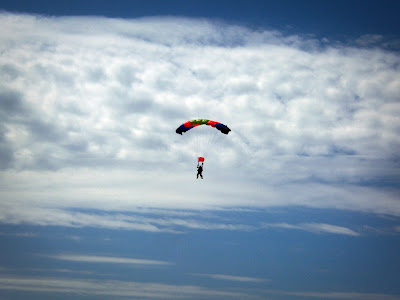 The instructor put my hands on the parachute steering ring things, and I pulled once to turn right, but it made me so nauseous I had to just float down normally, but I was fine with that. I could see Harrison spinning loopty loops below me. 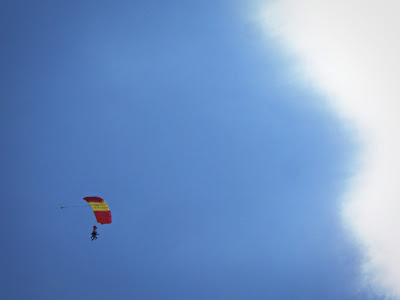 Then by the time we were about to land, I felt like I was about to black out. But I made sure to keep my eyes open til the very end! We landed just in time. Harrison ran over to me to help me up, but I told him there was no way I could get up. :) Once I did get up I realized I was crying involuntarily. Hahaha, I was so overwhelmed. I just wanted to fall over. But judging by photos, I was grinning the whole time. 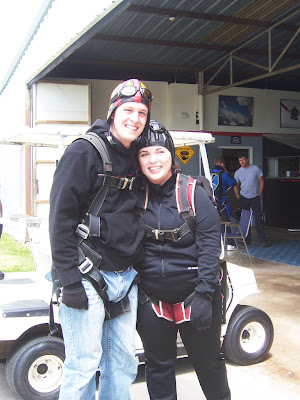 Then I just collapsed. Seriously. :) This is not a posed picture. 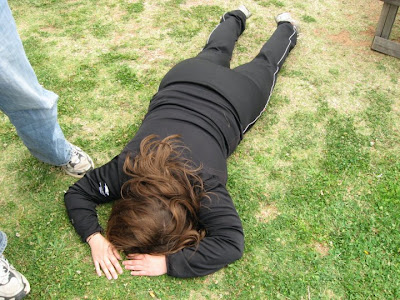 It was rockin! You should do it too! See photos and video below. :)