I found the USB cord to my camera, which means I can post some things I meant to several weeks ago.

"There are flowers everywhere for those who bother to look." -Henri Matisse

This quote pretty much sums up my photographic philosophy, if I were to have one. I don't really, but it sums up why I love to take pictures of flowers. And why I love to notice flowers, especially their little details.

This year I got MLK day off. This year the weather was gorgeous for a January day. I decided to take a little photo walk and got some really cool shots. This day really reminded me of the aforementioned quote, because even though it is January in Oklahoma, there really is loveliness to be found if you look for it.

This was my favorite. At first I thought it was kind of a junk shot, but the more I look at it, the more I like it. 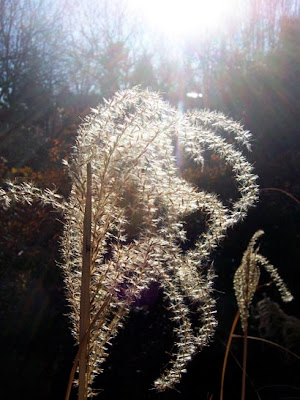 The colors on the next three were dulled when I uploaded them through blogger, so click them to see them on Flickr if you want the full effect.

I love the way they just glowed of warmth and sunshine. 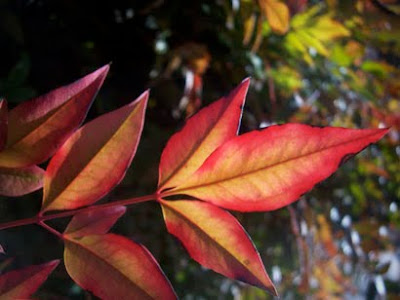 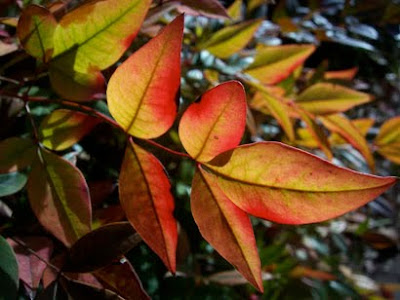 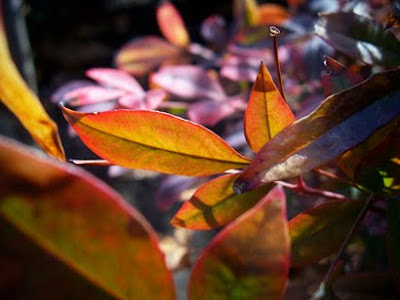 The next few I played around in Photoshop more than I normally like to with flowers, but I thought they lent themselves to it. 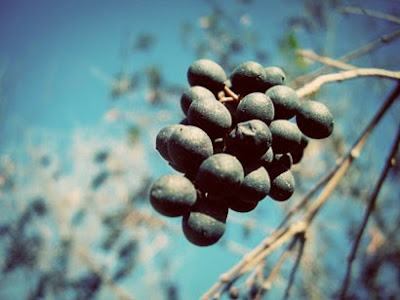 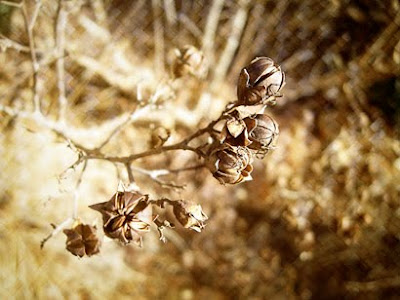 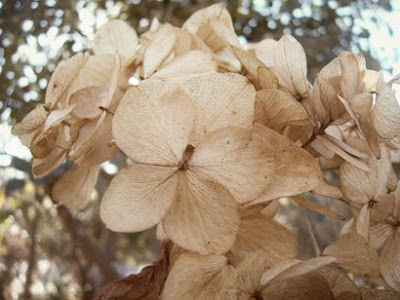 Does anyone know what this is? 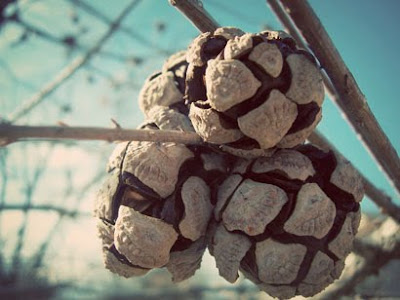 I'm not a New Year's resolutions type girl, but I do take advantage of this time of the year to reflect on the past year.

As I think on everything that happened in the past year and look at my own attitudes and actions, I'm realizing that something that has grown in me is distrust. I think it's safe to say that I came by it honestly; there were some extreme and unusual circumstances from several people in key places of authority who abused trust my trust, and that was really devastating.

Recently I've noticed that a spirit of distrust has really settled over me. I'm not talking about a healthy level of discernment that you *should* have, but a spirit that makes me question every thing every person says.

It's a terrible and at times maddening feeling. I realized that every time a friend said they would do something I didn't believe it would happen. Whenever a colleague said something, I would wonder what they really wanted from me. When anyone asked my opinion I bristled at the thought of giving it, afraid it would only be trampled on.

This is going to be a challenge of the upcoming season. There are lessons to be learned from the past, but fear can't dominate your life. One of the questions I wrestled with especially after everything that happened at church was "how is this going to get better? How do I re-learn to trust?"

I don't know the answer for sure, still, but I think that at least part of it is purposefully being with people I trust. Taking advantage of true and deep friendships that provide safe places to be open and to learn to live graciously. So that's where a lot of my focus in going right now.

Thank you Lord for bringing redemption to brokenness.
Posted by ann at 5:49:00 PM No comments: