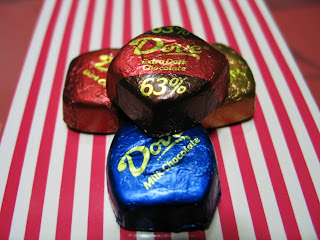 I bought a bag of your sweet chocolate the other day because I just needed chocolate and encouragement, and you are kind enough to supply both in a bite sized wrapper.

The chocolate has lived up to all it is known to be, but the encouraging messages, not so much.

I have gotten gems such as "Patience is a virtue." "Don't judge others or yourself." Or of the Drink More Ovaltine variety of fail, "Enjoy a Dove Chocolate."

What on earth! If I am eating chocolate for comfort, for the love, don't tell me patience is a virtue. If I wanted to believe that at the moment, I would not be eating chocolate. And no, I won't judge myself for eating away the pain, but please don't bring it up!

What happened to the good old messages that made me love Dove Chocolate? Or perhaps you could have different varieties. I suggest the self-pitying variety, the vengeful variety, The sucky day variety, the I am woman hear me roar variety, and maybe even the home spun wisdom variety. Those holier than me can keep the nice platitudes.

All in all, I still love the product, but would like to see more chocolate appropriate messaging. :) 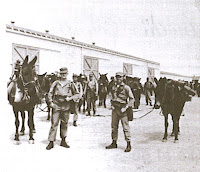 In 1950, my paternal grandfather, Harloe, enlisted in the Army. Having grown up with a deep love for horses and mules, he had heard rumors of a "Mule Pack" artillery division, and asked if he could volunteer for it. He was immediately told that all volunteers were welcome, because few people wanted to work with mules.

My grandfather, however, loved it.

Lest you wonder what on earth purpose mules served to the military, they were used to haul weapons (75mm howitzers) in difficult terrain where vehicles and people couldn't carry them.

In addition to being pack mules, some were trained to ride. My grandfather worked with a mule he named Flag. Here are his words about the meeting.

"One cold morning when I picked up his right foreleg, he straightened it out and his hoof came down on my foot. I thought it was broken, but in a few minutes I was able to walk on it. I went up to him and kicked his shin, and when he picked up his leg I caught it and examined it. The next morning I repeated the process and he picked up his leg again. From then on I could snap my finger and he would raise his leg. I told everyone I taught him to shake hands, but didn't bother to tell them about my stomped foot."

By the age of 20, my grandfather had been promoted to Field First Sergeant over most of the entire Mule Pack because of his skill with and knowledge of the animals.

Discharged in 1953, he thought that was the last of the Mule Pack. Two years later, newly married to my grandmother, they visited some relatives and happened to take a trip to Ft. Carson, home of the army mule corral. Wondering if Flag was there, my grandfather started looking. 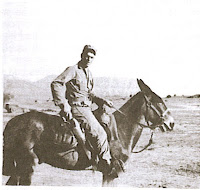 He says, "I was looking for a black mule with number 38H1, and when I found him he would know me. [My great-uncle] asked how I would know he knew me. I said that he would shake hands with me. When I found Flag, I went up to his right foreleg and snapped my finger. He picked up that leg and placed his foot in my waiting hand just as he had done when I was his master. I still wonder what went through his mind that day..."

Happy Memorial Day. Be sure to say thank you. And technically, yes, Family Photo Monday.

Family Photo Friday- In my blood

These are my paternal great-great-great-grandparents, Richard and Zenobia. I've always been told she was 100% Native American. 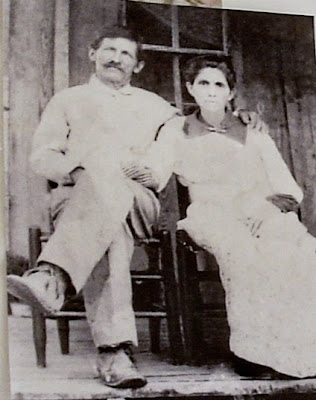 Return to the scene of the crime

Each week we have a theme, and tell a few stories along that theme...

In case you don't know, I love This American Life, and one reason is because of the range of stories that can all be told along the same theme. So, I have decided each week I will jack one of their show themes and play my own riff, if you will.

Act I- Return to the Scene of the Crime

I have spent probably three months of my life at Mercy Hospital in Oklahoma City. Over a few of years that's not a lot of time, but when you consider it was in two chunks and some of the worst days of my life, the time feels much longer.

Graciously, many of those days I don't remember, thanks to the passage of time and the beauty of pain medication. But it never fails that when I return to that hospital, my senses catapult me back and memories flow freely that are otherwise repressed.

I smell the hand sanitizer, hear the beeping of IV machines, walk by the surgical waiting room, and my stomach lurches and breath quickens as the anxiety clutches my chest a little tighter.

But then I stop, take a breath, and remember that I'm here on the other side. And with each trip to return to the scene of the crime, I walk away a little stronger, a lot more grateful, and more healed.
Posted by ann at 8:31:00 PM No comments:

Email ThisBlogThis!Share to TwitterShare to FacebookShare to Pinterest
Labels: illness, This American Life

Special edition family photo Friday, to the wonderful mothers of my family.

First up, of course, is my own wonderful mother. This is one of my favorite pictures of us at a tea when I graduated from high school. 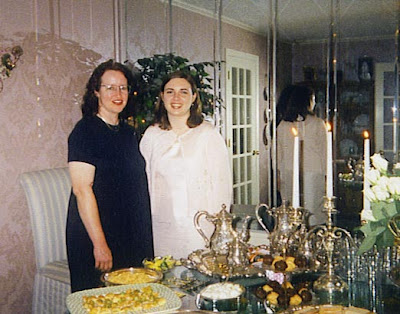 This is my paternal grandmother with our little family circa 1989. And yes, that is an awesome t-shirt I'm wearing featuring an armadillo with neon pink sunglasses. 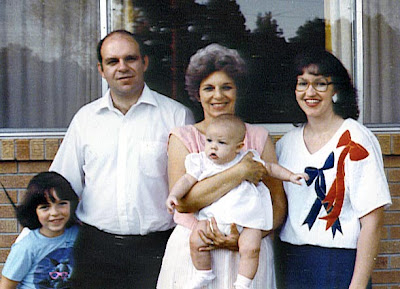 Another picture I love, this is me with my maternal grandparents. 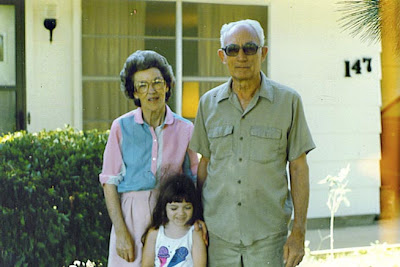 Going back further now, this is my paternal grandmother with my father and my aunt. 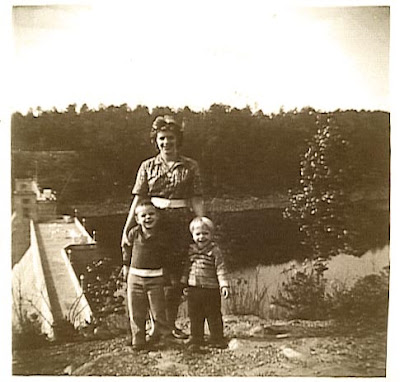 This is my maternal grandmother with my mother. 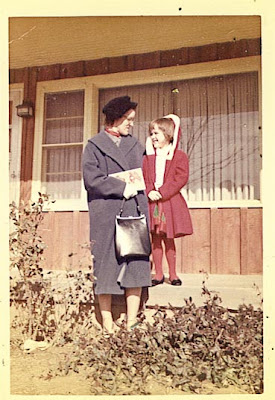 Back another generation, this is my paternal great-grandmother with her children. 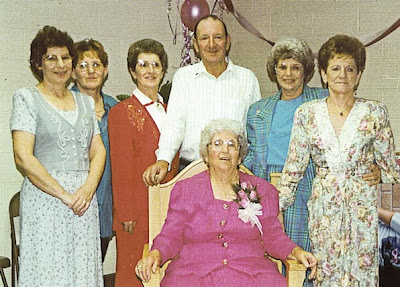 This is my maternal great-grandmother with my grandfather, as well as his cousin and aunt. They grew up together and he considered her a sister. 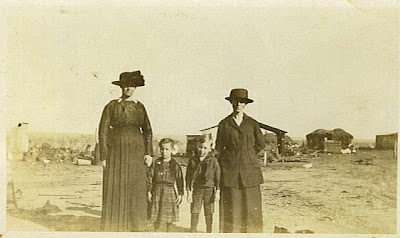 This is my other maternal great-grandmother with my grandmother. Aren't they lovely? 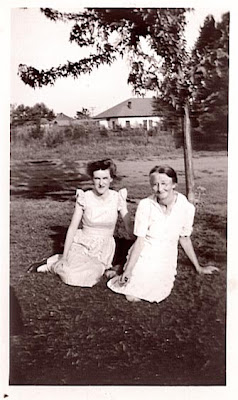 Sometimes you just need to be in the sun. Especially when it's been raining for 11 days. 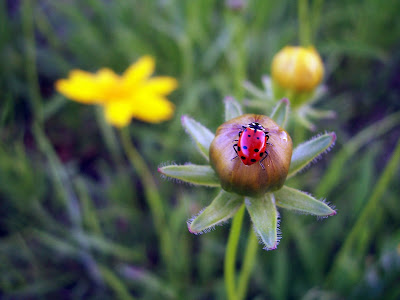 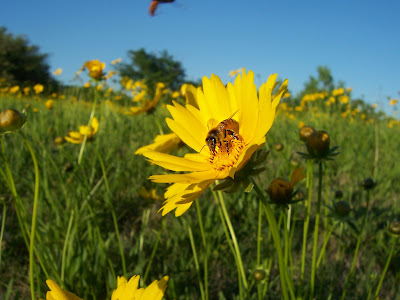 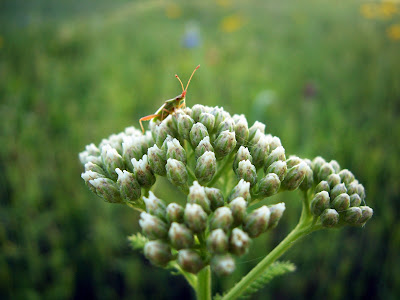 I like taking pictures of plants. You can see all of my favorites here.
Posted by ann at 8:52:00 PM 3 comments:

I've been a little blog absent lately. There are a lot of reasons for that, but here's a little peek at some things that have been going on.

I ruptured a disc in my back. This is not my back. But it is an MRI of a herniated disc. The doctor says it should get better given time to heal on its own. That means a month of NO aggravation. I miss running. :( 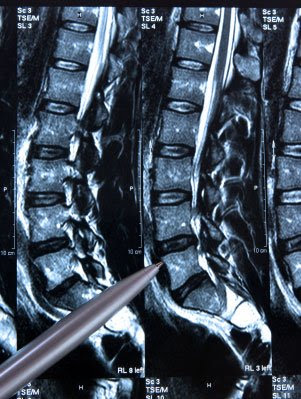 The OKC Memorial Marathon was last week, and my office put together 2 relay teams as part of TeamOC. It was a blast. I love my co-workers. And OC. 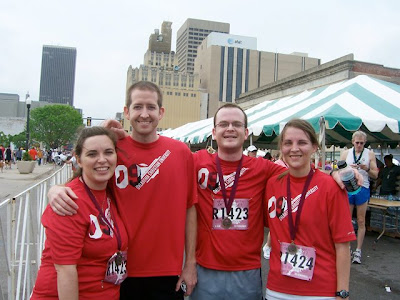 My good friends Auvrey and Kris got married on Saturday. What a great celebration of a godly couple. I'm so happy for them! Auvrey was radiant. 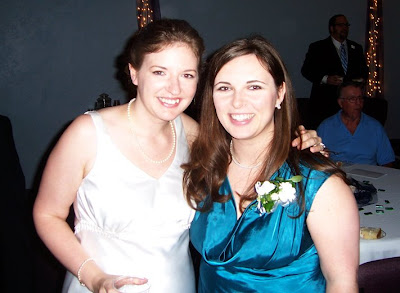 And I've taken a lot of pictures of flowers. It's spring! Here is one of my favorites. 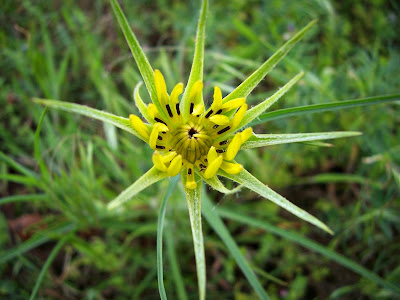 Email ThisBlogThis!Share to TwitterShare to FacebookShare to Pinterest
Labels: filler

I don't really like this picture. It is a little dagger in my heart every time I see it. 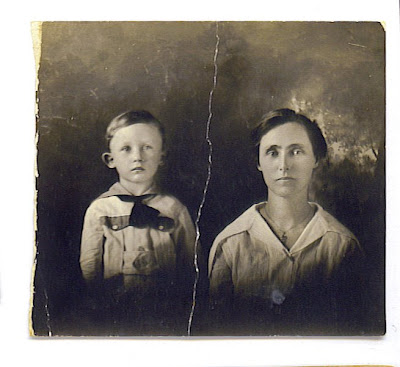 Strange, I know. It's a cute little boy and a beautiful young woman.

But look closely at the left side. Notice the ragged edge?

This is only 2/3 of the original picture.

This is my grandfather and his mother. His father was on the other side.

He left probably not long after this picture was taken. And my grandfather never saw him again.

I don't know who physically removed him from the picture, but it makes me sad.

(PS- I did find an original copy of the picture including my great-grandfather.)
Posted by ann at 9:40:00 PM No comments: